At total of 130 volunteers worked the day of the event, and 1,953 tickets were scanned through the gate for the Hastings Area Rotary Club’s Rivertown Live! Concert on Saturday, Sept. 10, held on the banks of the Mississippi River in Levee Park. Those fans saw three amazing rock bands: Arch Allies, Foghat and The Guess Who, perform on a pictureprefect “fall” night.

Arch Allies stole the show on the Rotary Pavilion stage. They certainly set the bar high as an opening act when they kicked things off at 5 p.m. This awesome tribute band played the hits from many 80’s artists like Journey, Styx, REO Speedwagon, Boston, Def Leppard, Bon Jovi and Queen and they nailed each and every one.

These seven musicians should have been on the main stage they were so good. Their performance featured multiple costume changes for the lead singers who split duties while the other was changing. There were two large video screens enhancing the stadium feel on the small stage. Many people were talking about how they were the best band of the night and that the price of admission was worth it just to see them perform.

As the warmup act, they did have to split their set to play from 5 p.m. until 7 p.m. when Foghat took the stage and then again after Foghat around 8:15 p.m. until the Guess Who took the stage around 9 p.m., but fans were happy to make the move between the stages for their awesome show which was definitely a 10/10 for fun and quality.

Foghat was the second band on the bill to play, and they rolled some of the biggest hits of the 1970s: “Slow Ride,” “Fool for the City: and their rendition of “Sweet Home Chicago,” along with other popular songs..

Foghat’s sound was great, with nice and clean vocals and instruments. They played the stage well and had just a few feedback glitches that the sound tech worked out quickly. If Arch Allies was a 10, Foghat was a solid 7/10 even tickling 8/10. They were very good.

The Guess Who took the stage and knocked it out of the park. It was a super performance with many great songs, but there were enough songs that people did not know instantly.

They played staple hits such as “No Time,” “No Sugar Tonight / New Mother Nature,” “Clap for the Wolfman” one of those fun songs people tend to forget about , ‘Hand Me Down World,” “American Woman” and more.

There was a fan who had tickets to bring his terminally ill mother to the show to see her favorite band, The Guess Who. She was too sick to make the concert in person, but she asked her son to get autographs. It took him all evening of asking and volunteers and security worked together to help him, but it finally happened. The lead singer agreed to have the band meet with him after the show and sign. When he was let through the gate, he could hardly contain himself.

Overall, it was a fabulous event, well run, and is poised to make the Hastings Area Rotary Club money to continue their charitable giving around town. Rotary believes in service above self, and they exemplified that on Saturday.

There are currently less than 40 individuals involved in Rotary on a weekly basis in Hastings, so this concert could not be done properly without the help of the 130 volunteers that came out to support the cause.

“How cool is it that we have high school teams here to help with whatever we need,” said Volunteer Coordinator Craig Beissel.

He was right, members of each fall team came out to offer help with what ever was needed. Some cleaned up and swapped out garbage cans, others moved gear on and off the stages or helped tear down the stage. The football team came in early Sunday morning to finalize the cleanup of chairs and the fencing.

It really is a community effort to put on a big show like this as a fundraiser, especially when over 200 cases of beer are sold in one night. Final numbers will take a while to get, but we’ll report those when they become available. 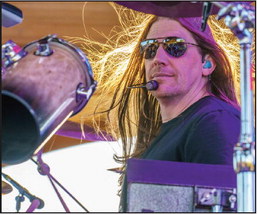 Some people believe you do not need to have the long, flowing hair to be a rock star, but it sure helps. Arch Allies Drummer John Gensmer gave the perfect look with the sun and stage lighting making him look like a Vikings fan. Gensmer is a MN native, so he very well could be! 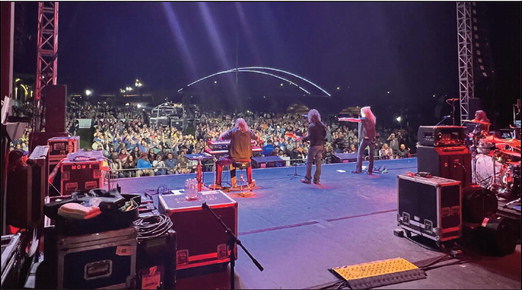 The view for the artists was amazing with the lights of downtown and the full Hastings bridge. The Guess Who play before a near capacity crowd of 1,953 attendees. 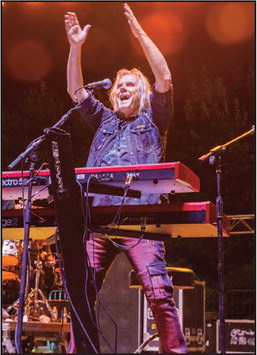 Leonard Shaw joined The Guess Who in 1990 and has been rocking the keyboard, flute, saxophone and vocals since. 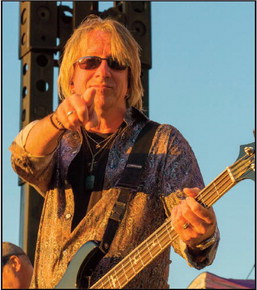 Foghat’s Charlie Huhn plays to the camera and the crew at the start of their set for Rivertown Live! 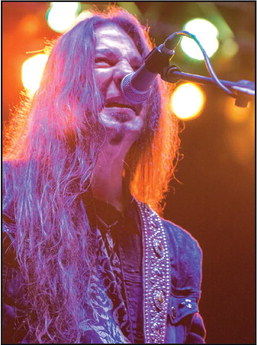 The Guess Who’s Will Evankovich on guitar and vocals. The Guess Who blew away the audience away with many of their top hits. Evankovich, along with front man D#, co-wrote the bands upcoming new release. 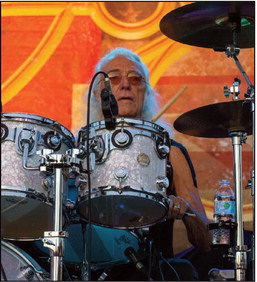 Foghat’s Roger Earl is a founding member of the band from 1971. Earl is 76 years old and still rocks the drums for around 70 tour dates a year. Earl is the only remaining original member. 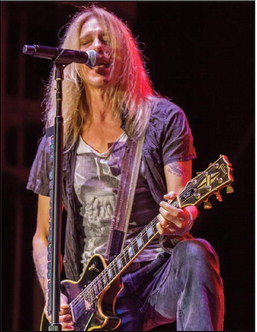 D#, that is Dee Sharp, joined the band in 2008, revitalizing the band’s live shows with a strong stage presence. D# is officially the longest standing lead singer the band has ever had. He was engaging, had great stories to tell of the band’s history and sounded great on lead vocals.