Fouryearold Finn Minard is undergoing cancer treatment for his Leukemia. Photo courtesy of Brodi Nicholas.
News
Help a Hastings boy get to DisneyLand

Finn Minard is a 4yearold boy from Hastings, Minn. who was diagnosed with Acute Lymphoblastic Leukemia, and his family is currently working with a Californiabased nonprofit to raise money for a vacation to Disney Land.

Campaign One At A Time is a nonprofit that sponsors children with life threatening illnesses across the country. Brodi Nicholas, the CEO and founder, said Minard’s mother, Elise Minard, reached out after hearing about them in a leukemia Facebook group.

Nicholas said that the Minard family has not been able to be out and enjoy life as much as they’d like to since the diagnosis. The campaign target is to raise $5,000 for a trip to Disney Land in California.

“We’d love to fly them out and give them a few days to be a family and make memories and enjoy each other’s company outside of the hospital,” said Nicholas.

Campaigns typically run for about five weeks, so Minard’s will be open for donations until about the end of June.

Donations can be made by visiting campaignoaat.org /finnmichaelstrong, or through VENMO to @campaignoaat with a note that says #Finn-MichaelStrong. Donations made towards Campaign One At A Time can be tax deductible. 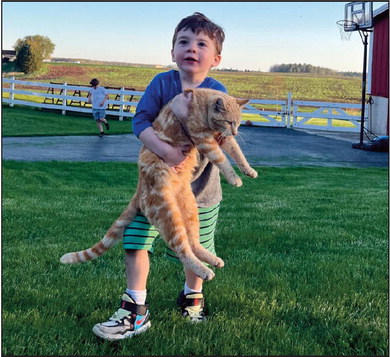