Both the boys and girls golf team participated in the 25th Annual Rosemount Irish Invitational on May 6. The girls’ side had 10 teams. Eastview took first with a 321, Minnetonka second, then Chaska, Lakeville South, and Chanhassen. Hastings placed sixth with a 376, followed by Rosemount, Park, White Bear Lake and Bloomington Jefferson. 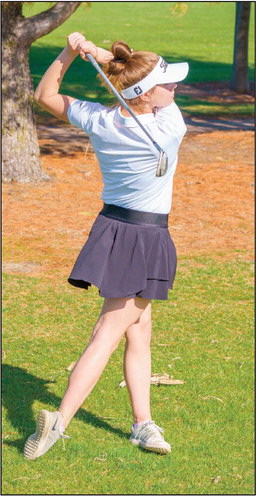 Lauren Skov admittedly was having a rough day on Emerald Greens during the Irish Invitational on Friday. Here she crushed the shot to the green and she finished the day with a 99.Photo by Bruce Karnick 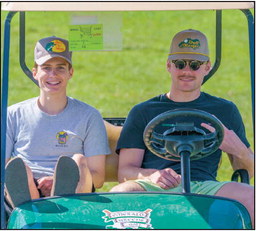 It’s not very often there is a student section at a golf event, but Tommy Siebenaler and Clay Karas did what they could to cheer on the golfers at the Irish Invitational at Hidden Greens. Photo by Bruce Karnick