Stanley Chief Weiland summoned to next village board meeting

The Stanley Police Department has a new car, and its a Cadillac! Awarded on the grounds that state statute 973.075 (1) b1 allows for forfeiture of vehicles used “to transport any property or weapon used or to be used or received in the commission of any felony,” Police Chief Lance Weiland details the court award in his most recent bimonthly report to the Council, dated for December 30.

“As I mentioned at the end of the last city council meeting, I was informed that the court has awarded us ownership

The frame and roof are up and doors put in at the Stanley police addition to City Hall on South Broadway. Photo by Joseph Back. of the Cadillac that we seized as part of a drug arrest a few months back,” Chief Weiland writes. “I am still awaiting the title for the vehicle but once that is received and notes ownership of the Stanley Police Department, we will determine the next plan of action with the property.”

Detailed further in 973.075 (4), that course of action may include use of the new wheels for official purposes for up to one year, at which time the options vary from sale to retention, with stipulations on what sale money can be used for in administrative and forfeiture payment terms.

That said, there’s more taking place at the Stanley Police Department, as the new police addition is finally taking shape.

“Construction on the new police department addition continues to progress swiftly in spite of the weather thanks to Hoover Construction,” Weiland writes. With the frame and roof up and overhead doors now installed, the law enforcement addition to the new city hall is finally in motion, following a strategic holdout on the city’s part as “I think it was more a strategic thing on the city’s part,” Weiland stated by phone on the seeming delays. With construction moving apace, the terms of a contract services agreement are sent to Boyd, as the chief relates.

“I just got a call from Bob Geist,” Weiland reported to the Council January 5. But with the Chief summoned to appear at the following week’s village board meeting for Boyd, word was still out on any agreement.

“If I receive favorable news from them with a desire to move forward, I will then make sure that all council members have the information available to review as well in order to make a final determination from the city as to if/when an official im plementation date would take effect.” With difficulty honoring time-off requests as the department faces a recruitment issue, unfavorable news from Boyd (if received) would move the Chief to “move quickly in the hiring of one to two part-time personnel,” if these are able to be found in the current environment. An agreement with Boyd would potentially open the door to a full-time position that would be shared between the two communities, as full-time offers benefits and is considered to have more favorable retention prospects.

Receiving an inquiry from a resident as to whether it would be ok for said resident to use a four-wheeler to transport a "very small ice fishing shelter" from their residence to Chapman Lake, Weiland was reticent.

“Due to our current ordinance language restricting use of ATV/UTV in our parks, I advised the individual that I personally did not believe the consensus of the council would be to allow this as it would open the door for additional requests in various other locations for various other reasons,” Weiland wrote.” I informed the individual that I would place the information in my report for your review and if a decision was made to the contrary of my thoughts, I would let them know.” 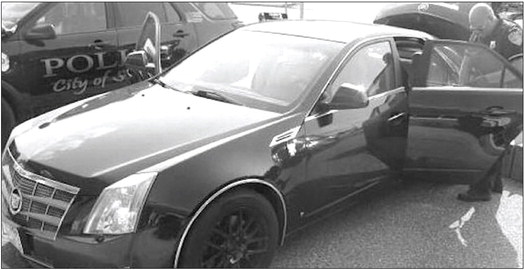